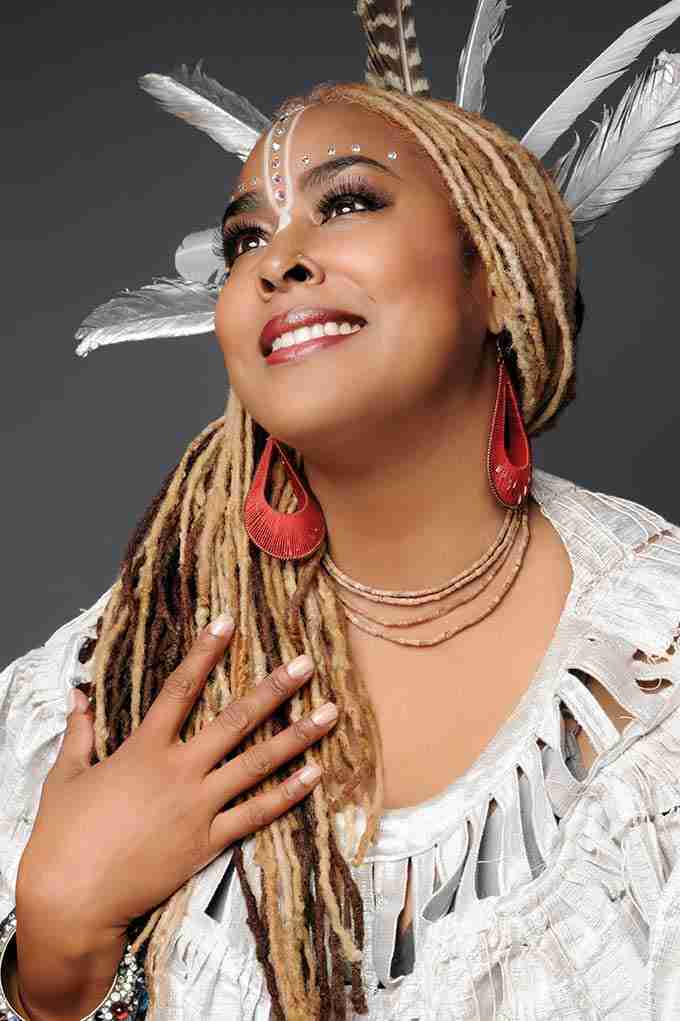 Called an “astral soul goddess” by the prestigious UK publication Mojo magazine, Navasha Daya is an exceptionally gifted and seasoned songwriter/ singer, composer, producer, arranger, choreographer, performance art curator, holistic wellness practitioner, and spiritual and cultural arts activist who is internationally known as a breath-taking performer. On stage, Navasha embodies the indigenous feminine spirit and inspires women throughout the world. Grammy-Award winning songstress India Arie described Navasha’s voice as “the true definition of soulful.” Navasha has charted at #2 on both Japan’s jazz and dance iTunes charts numerous times (usually second to Lady Gaga); she has also received international acclaim from her debut solo release “Rebirthed Above Ground ‘ – a genre – busting powerhouse of originality and soul-stirring lyrics. Daya’s most recent album “Lom Nava Love (Original Motion Picture Soundtrack)” was listed as one of the 50 best soul albums of 2016 by Soultracks and described by Sirius XM radio host Dermot Hussey as “A soundtrack of the times…”. Prior to her solo releases, Navasha served as lead vocalist, songwriter and co-founder of the highly acclaimed Baltimore based soul/jazz band, Fertile Ground.

As a performing artist, Navasha has performed all over the globe and has shared the stage with a bevy of artists such as South African jazz trumpeter Hugh Masekela, Beninese singer Angelique Kidjo, Japanese pianist Hajime Yoshizawa, and American artists such as Common, Jill Scott, Joan Baez, India.Arie, Erykah Badu, Run DMC, Zap Mama, Rachelle Farrell, Cassandra Wilson, Earl Klugh, Michael Franti of Spearhead and Roberta Flack just to name a few. As a songwriter, Navasha Daya’s compositions have been remixed by some of the world’s top DJs and producers. In addition to her solo career, Navasha toured (2013-2015) as a guest artist, singing with the Grammy Award winning a capella group “Sweet Honey In The Rock.”

A Baltimore transplant by way of Cleveland, OH, Navasha Daya’s impact on the world reaches far beyond the stage and walls of the recording studio. Navasha is an artist with a purpose. Navasha, a trained music teacher and committed cultural arts activist, is a Co- Founder and the Director of the Healing & Performing Arts of the Youth Resiliency Institute, whose mission is to utilize the Arts to mobilize, bring social change, equity and healing in the community. She also serves as co-director of the Cherry Hill Arts & Music Waterfront Festival in South Baltimore.

Continuing the musical legacy of her cousin the late great Gil Scott Heron, and embodying the influences of the likes of Phyllis Hyman, Patti Austin, Lyn Collins, Mahalia Jackson, Miriam Makeba, and Mavis Staples… her live show fuses her eclectic mix of Soul-Jazz – Funk and World Rhythms while pulling from her Mississippi Blues lineage. 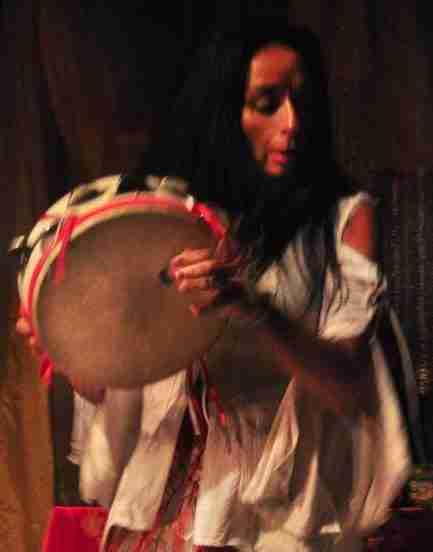 Director of New York’s Italian theatre group I Giullari Di Piazza and author of the book/DVD Rhythm is the Cure, Alessandra will introduce us to the rich rhythm and dance tradition of Southern Italy known as the Tarantella. Originally done mainly by women, it dates back to the rites of the Mother Earth Goddess Cybele, now worshiped as the Black Madonna. Alessandra guides us in experiencing the healing and stress-relieving effect of these rhythms and dances.